Magician Sydney Brendan Mon Tanner provides professional entertainment for whatever type of event you are organizing. As a magician and illusionist in Sydney, Brendan Mon Tanner has had plenty of experience performing at various functions such as Weddings, family shows, corporate shows and sports presentations all over the world. Choose among several packages that include comedy magic, roving magic, illusions and more to find the right fit for your event. 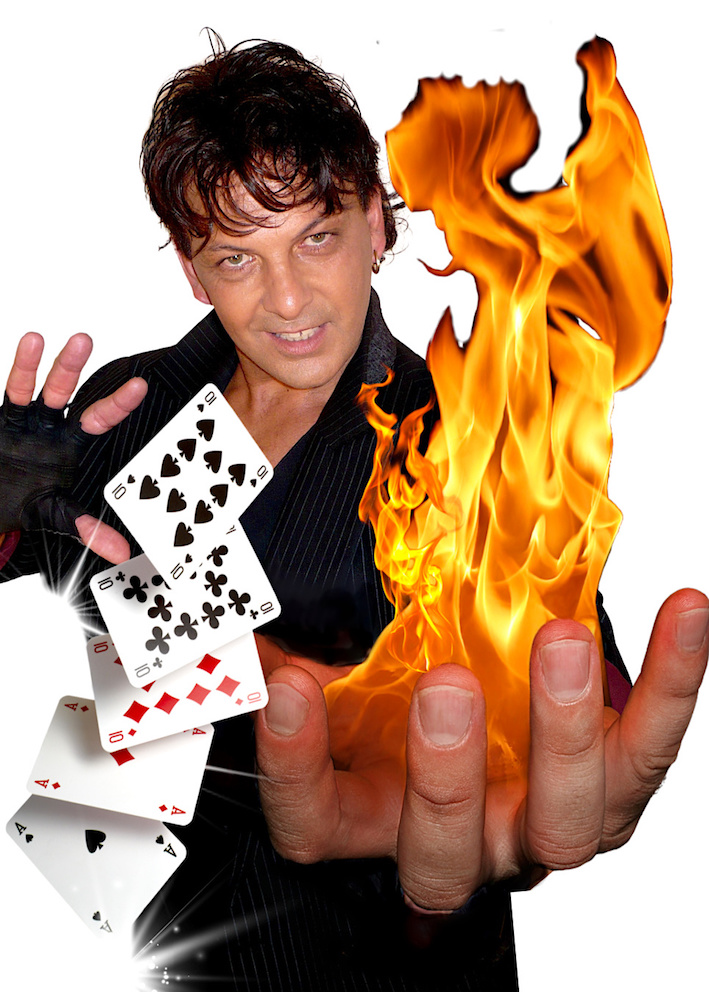 ‘Hire Sydney’s most Hilarious Comic Magician & Illusionist’, He’ll Fool you, Shock You and Amaze You, Australian Comic Magician Brendan Mon Tanner has over 28 years experience in the entertainment business. He is the premier comic magician & illusionist and is a fourteen times award winner Magician and illusionist servicing at Sydney, Newcastle, Wollongong, Canberra and all other regions of Australia specialising in hilarious stand-up comedy magic to magnificent grand illusion and production shows.

Brendan Mon Tanner  also holds the title for being the World’s fastest fire eater and is the current World Guinness Record holder. Brendan Mon Tanner features a whole variety of shows for family audiences, weddings, roving magic and entertainment for corporate and company events.Please feel free to browse through our menu to find your specific theme.

What you need is a little magic to liven up your event or party. Magician Australia has an amazing repertoire of magic tricks accompanied with a lot of humor and oodles of style to provide engaging fun-filled entertainment with custom magic shows to suit your event. Go ahead and make your evening more memorable with our outstanding performances that are guaranteed to get the entire audience excited and involved.