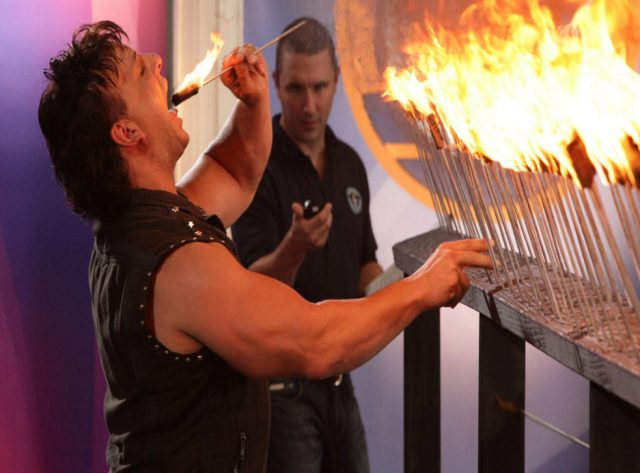 Brendan Mon Tanner is the Guinness World’s Fastest Fire Eater. He is an action dare devil with a world record of eating 88 fire torches with his mouth in 60 seconds. His fast pace fire eating thrilled the Australian viewers on television who cheered as they watched his unbelievable and dangerous stunt before their very eyes.
He took the Guinness world record from New Zealand in 2010 and still holds the title in Australia now in 2019 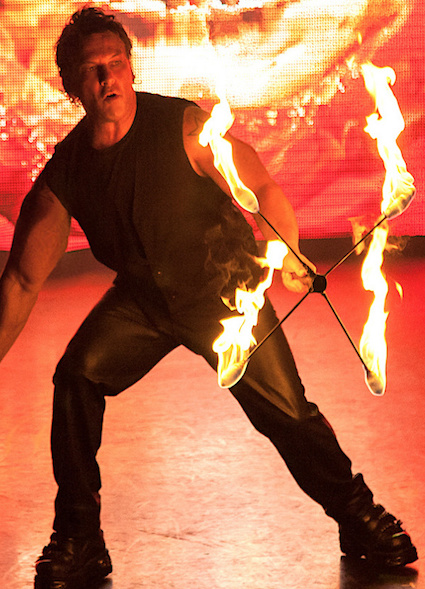 THE ART OF FIRE EATING

Fire Eating (or Fire Swallowing) is the practice of placing a flaming torch into one’s mouth and extinguishes it by snuffing the flame (removing the oxygen). Fire eating is the most well known of all the Fire Manipulation stunts. Fire eating is a stunt and not a trick meaning the act being performed is real. Torches do not burn with “cold flames” nor is there any special substance in the performer’s mouth other than saliva.

Brendan Mon Tanner’s World Guinness Record still stands in 2019 as the fastest fire eater in the world as challengers across the globe have tried to attempt and failed.