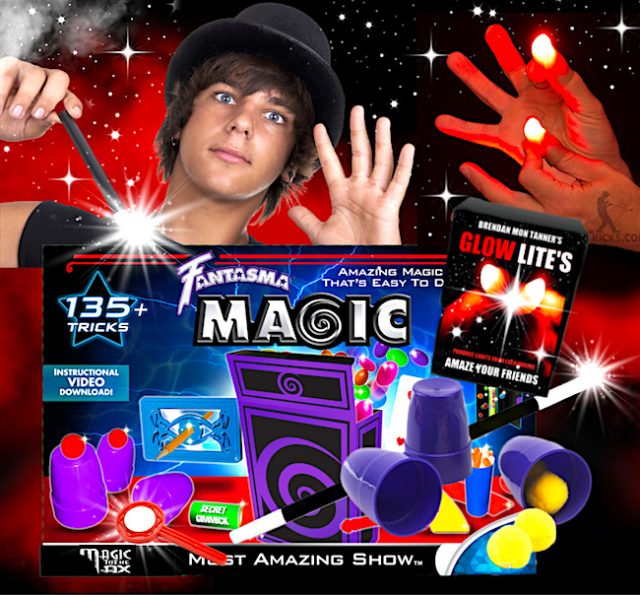 This magic set is a great kit for young magicians who want to learn 135 real magic!

They will learn how to do unbelievable magic tricks including:

• The Cups & Balls- the oldest and most famous trick in magic!

• The Coin Paddle- a coin appears on one side, then disappears, then appears on both sides mysteriously!

• A Real Magic Wand that actually does tricks of its own!

• The Box of Mystery that makes objects appear and disappear!

• The Genie Vase which magically suspends from a rope!

• The Four-Sided Card- an amazing playing card that appears to have four faces!

• The Penetration Frame- that looks and feels solid but you can push a pencil right through, plus much, much more! 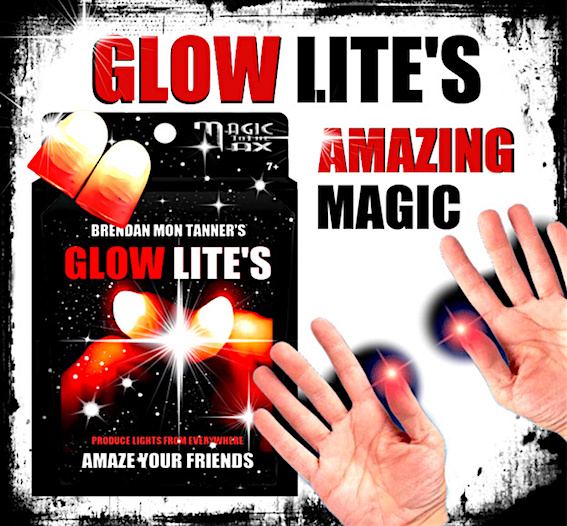 The Famous Glow light. Amaze your friends with this amazing illusion.
You too will look like a real magician. Show your hands empty
then start plucking red glow  lights from nowhere. You can appear the light
and dissapear the light just like magic.
As seen performed by Brendan Mon Tanner in his Magic To The Max Show.

WARNING: This product contains a Button or Coin Cell Battery. A swallowed Button or Coin Cell Battery can cause internal chemical burns in as little as two hours and lead to death. Dispose of used batteries immediately. Keep new and used batteries away from children.  If you think batteries might have been swallowed or placed inside any part of the body, call the 24-hour Poisons Information Centre on 13 11 26 immediately for fast, expert advice.Check that the battery compartment is correctly secured with the screw in place. Do not use if not secure and discard the product if the compartment is damaged.